Hope you are enjoying the lovely sunny weather we’ve been having.  Here’s a roundup of some of the latest shoots we’ve been working on at Studio8 – enjoy watching  🙂

Our Drone team were hired out to film a sequence as part of a larger production for a forthcoming David Attenborough documentary. We were required to film David releasing the Pigeons from a wicker box and set them free. Our drone then had to follow the flock into the air as they took to the skies. A treat to work with one of our heroes and a great test of Oli’s aerial moves !

The British Honey Company work with British Bees to produce artisan honey and beeswax products. This commercial was created for their website, online marketing and in-store promotions.

Ortho Europe commissioned us to create a short film to highlight the use of one of the products they market called “Rushfoot”. They invited Parabadminton player: Bobby Griffin to demonstrate how he uses his and his thoughts on its design.

Shot on Sony A7s and Canon.

Snowbizz is a specialist family Ski holiday company based in the UK and France. We were lucky to be invited out to their Resort to spend time with their team and soak up the culture.

We wanted to capture the fun and magic that the children can experience with this unique holiday, also highlighting the care and professionalism of the Snowbizz team.

The Karma Group have resorts throughout the World. One of their most impressive locations is Le Preverger in Provence.

They required a short, simple highlights video to showcase their Olive Picking experience. It was great fun to be involved in the day, dodging falling olives as we filmed !

We are so lucky to work within reach of The Cotswolds and to be able to shoot here is amazing.

This video took on a journey where we were able to meet many different people and sample some delicious food.

We were asked to create a unique, eye-catching ident from scratch to be placed on a website banner.  The video was storyboarded and had to include crucial elements such as clouds, a view from out of space and London.

Hook Norton Brewery - Dedication In Every Glass from studio8 on Vimeo.

One of our favourite beers. We wanted to capture the essence of what makes this family owned brewery so special to so many generations.

This video was a real challenge as we only had 1 hour to film and 24 hours to edit the final piece.

Using the new sony A7S ii, some sliders and fast work in the edit suite Freddie pulled off a great result ! 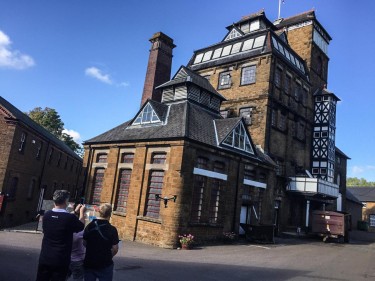 One of favourite recent projects has been creating an online commercial for Hook Norton Brewery in Oxfordshire. Hook...

We use cookies to ensure that we give you the best experience on our website. If you continue to use this site we will assume that you are happy with it.Ok